Meeting of the ILS Africa Board of Directors 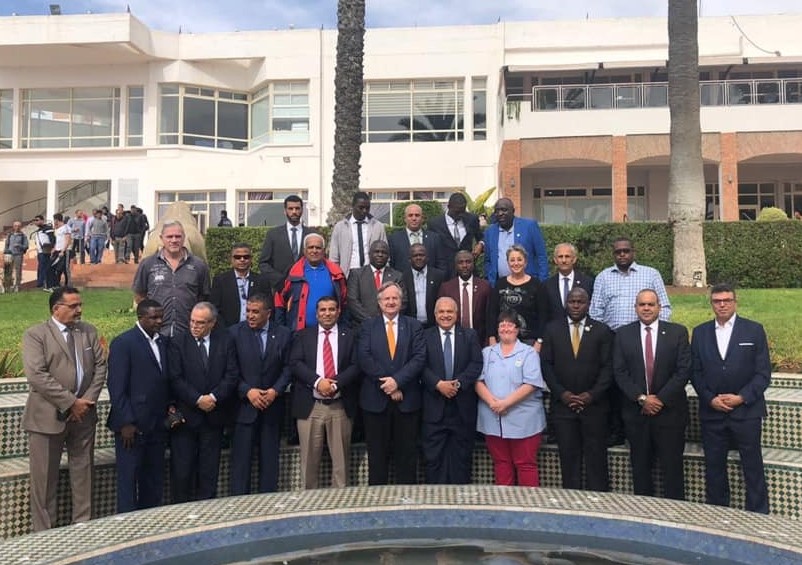 The Meeting of the ILS Board of Directors was organised in Agadir, Morocco on 15 Februari 2020. The Meeting took place in Hotel Atlantic Palace in the morning and in Hotel Al Moggar in the afternoon. The Meeting was attended by representatives of Algeria (2), Burkina Faso (1), Cameroon (2), Central African Republic (2), Djibouti (2), Egypt (3), Ghana (1), Libya (1), Mauritania (2),  Morocco (7), Niger (1), Senegal (1), South Africa (2), Tunisia (2) and Belgium (2). The Meeting representatives were welcomed by Mr. Mohamed Ali Gharbal, President of the Royal Moroccan Lifesaving Federation (FRMS). Reports were provided by Dr. Mohamed Saleh MD (Egypt), ILS-Africa President and Mr. Mohamed Mjahed (Morocco), ILS-Africa Secretary General and by the ILS-Africa Vice-Presidents. Further reports were provided on the ILS and the ILS-Africa activities. The Meeting was informed that the Elective General Assembly of the ILS Africa Region will be organised on 21 September 2020 in Riccione – Italy, and this in conjunction with the ILS Elective General Assembly and the Lifesaving World Championships (LWC). The Board of Directors approved the amendments to the ILS-Africa Constitution and Bye Laws, which will be submitted for final approval to the Elective General Assembly.