Meeting of the ILS-Africa Academy 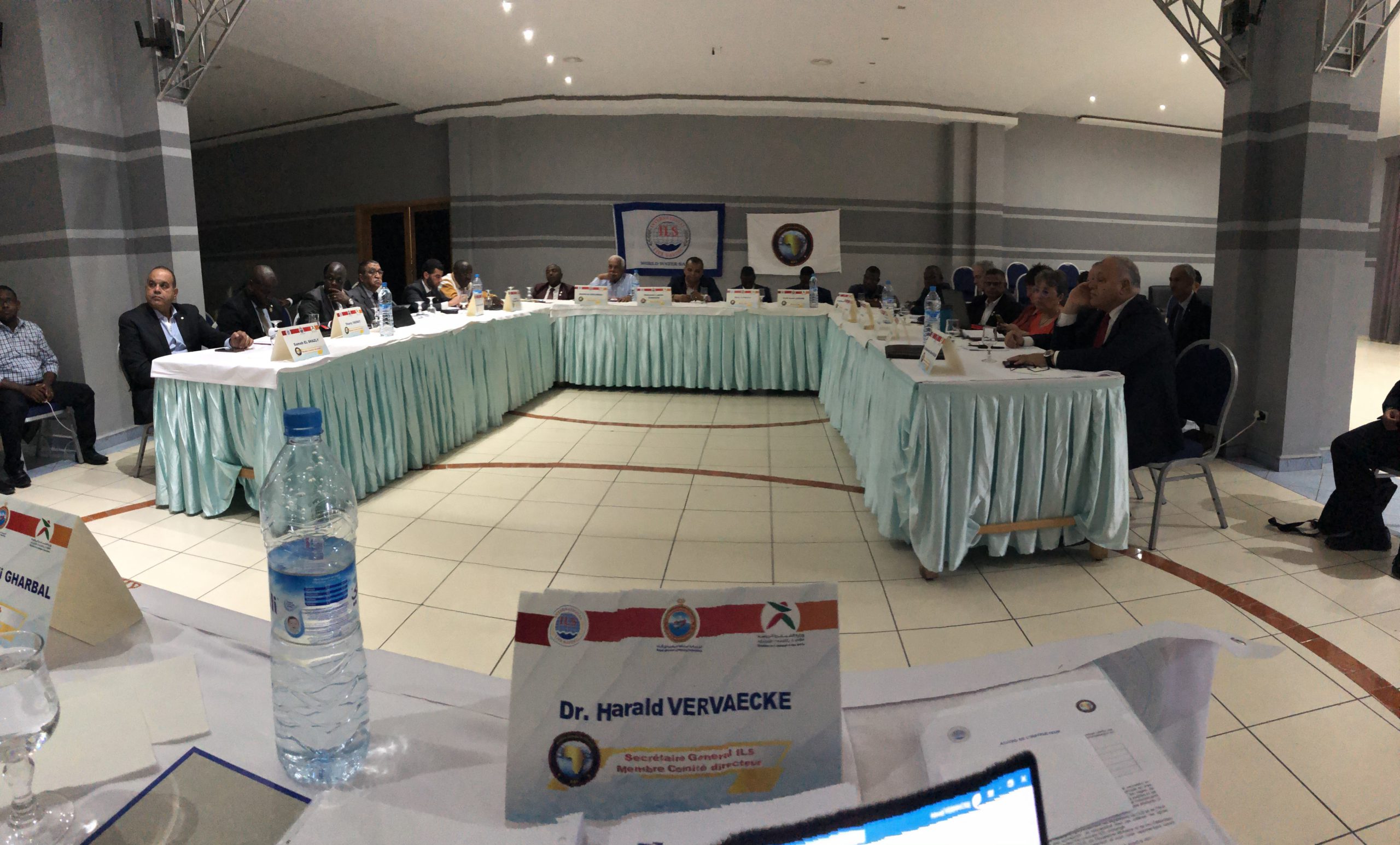 The General Assembly of the African Lifesaving Academy (ALA) took place on 16 February 2020 in the city of Agadir in Morocco. The Meeting was organised in Hotel Al Moggar and was attended by representatives of 14 African countries: Algeria (2), Burkina Faso (1), Cameroon (2), Central African Republic (2), Djibouti (2), Egypt (4), Ghana (1), Libya (1), Mauritania (2),  Morocco (14), Niger (1), Senegal (1), South Africa (2), Tunisia (1) and Belgium (2). The Meeting representatives were welcomed by Mr. Mohamed Ali Gharbal, President of the Royal Moroccan Lifesaving Federation (FRMS) and President of the Academy. The Minutes of the previous meeting was approved and all actions and courses that took place in Africa from 2017 to 2019 were highlighted. Constructive discussions took place on the role of the Academy, the current structure thereof and the bright future of the Academy. The Meeting further approved the criteria for Pool Lifeguard, Open Water Lifeguard, Beach Lifeguard, Pool Lifeguard Instructor, Open Water Lifeguard Instructor, Beach Lifeguard Instructor as well as the education criteria for Technical Officials (Judges and Referees) and the criteria for Coaching/Training in the African Continent. The Meeting also ratified the course manual which is available in three languages: French, English and Arabic.

The Meeting was informed that the Election for the Academy will be done at the next meeting which is planned to take place in February 2021.  The General Assembly of the Academy approved the amendments to the Constitution of the Academy.

Representatives from the following 13 nations signed the Member Federation Agreement so as to follow the recommendations of the Academy in their countries related to the education of lifeguard, lifeguard instructors, technical officials and trainers/coaches: Algeria, Burkina Faso, Cameroon, Central African Republic, Djibouti, Egypt, Ghana, Libya, Mauritania, Morocco, Niger, Senegal and Tunisia.